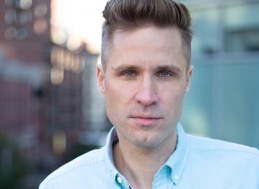 Michael Rader is a stage director and arts advocate based in New York City who made his mark internationally as an Artistic Director for Cirque du Soleil. His diverse career in the arts has afforded him positions such as Artistic Director for Cirque du Soleil, a Broadway Liaison and Arts Education Consultant to the New York City Department of Education and Director of Entertainment of the Hole in the Wall Gang Camp.

Under his leadership, Cape Playhouse productions have included A Chorus Line, Gypsy, South Pacific, Little Shop of Horrors, Once, Deathtrap, Noises Off, The Importance of Being Earnest, Art, Steel Magnolias, Red, Million Dollar Quartet, The Foreigner, …Spelling Bee, Sylvia, Altar Boyz, Murder for Two, and Clue: On Stage. During his first three years of tenure at The Playhouse, the institution dramatically improved the quality of its productions, increased ticket sales by over thirty-five percent, conducted successful fundraising that set the institution on strong financial footing, launched new educational and outreach programing for the community and was named one of the “50 Best Small Stage Theatres in America.” Additionally, The Playhouse’s productions of Gypsy and South Pacific, that he directed, broke all previous box office records.

Michael is passionate about and committed to finding ways of utilizing the arts as a tool to empower the lives of those less fortunate, especially children in need. It was during his initial time working with chronically ill children that Michael fully realized his passion for humanitarian work, especially when it involved working within the arts. In addition to his work as an actor and director he regularly teaches acting and audition technique classes in NYC and has served on the faculty of SongFest at the Colburn School in Los Angeles and The Summit School near Washington, DC. Rader is a graduate of the esteemed Actors Studio MFA Directing Program, an alumnus of the Lincoln Center Theater Directors Lab and a proud member of SDC.

Michael splits his time between Cape Cod and New York City where he lives with his partner, Robbie Simpson, and Nellie the wonder dog.

As a producer, Joe strives to create stories that inspire human connection and understanding. Joe is passionate about youth programming and theatre education. With The Prom, he was instrumental in forming the first ever Broadway partnership with the nation-wide Educational Theatre Association. Through this partnership, The Prom is helping to build theatre programs in schools in need. He also was instrumental in creating a sponsorship program that provides tickets and access to Broadway shows for underserved youth.

A native of southern Illinois, Joe started dancing at the age of three. Growing up, he greatly benefited from the theatrical outlets in St. Louis, including dancing with COCADance Company and performing at summer theatres such as Stages St. Louis and the largest outdoor summer theatre, The Muny. Joe has performed alongside the likes of Tommy Tune, Debra Monk, Victor Garber, Beth Leavel, and Emily Skinner. He is a graduate of Syracuse University and member of Actors Equity Association.

Our staff come from all corners of the country to work at The Playhouse. We are proud to have such exceptional people bringing magic to our stage!

Working together, across many disciplines is important to our success. Our staff work in collaboration and have one goal in mind – to make your time at The Cape Playhouse an experience you won’t forget.