Style: Comedy
Run Time: 2:15 with one intermission
Ages: Ten and up
(There is no official rating system for live theatre. We invite you to use your own judgment.)

Private Lives is one of the most sophisticated, entertaining plays ever written. Elyot and Amanda, once married and now honeymooning with new spouses at the same hotel, meet by chance, reignite the old spark and impulsively elope. After days of being reunited, they again find their fiery romance alternating between passions of love and anger. Their aggrieved spouses appear and a roundelay of affiliations ensues as the women first stick together, then apart, and new partnerships are formed. A uniquely humorous play boasting numerous successful Broadway runs with stars like Coward himself, Laurence Olivier, Tallulah Bankhead, Gertrude Lawrence, Tammy Grimes, Richard Burton, and Elizabeth Taylor. 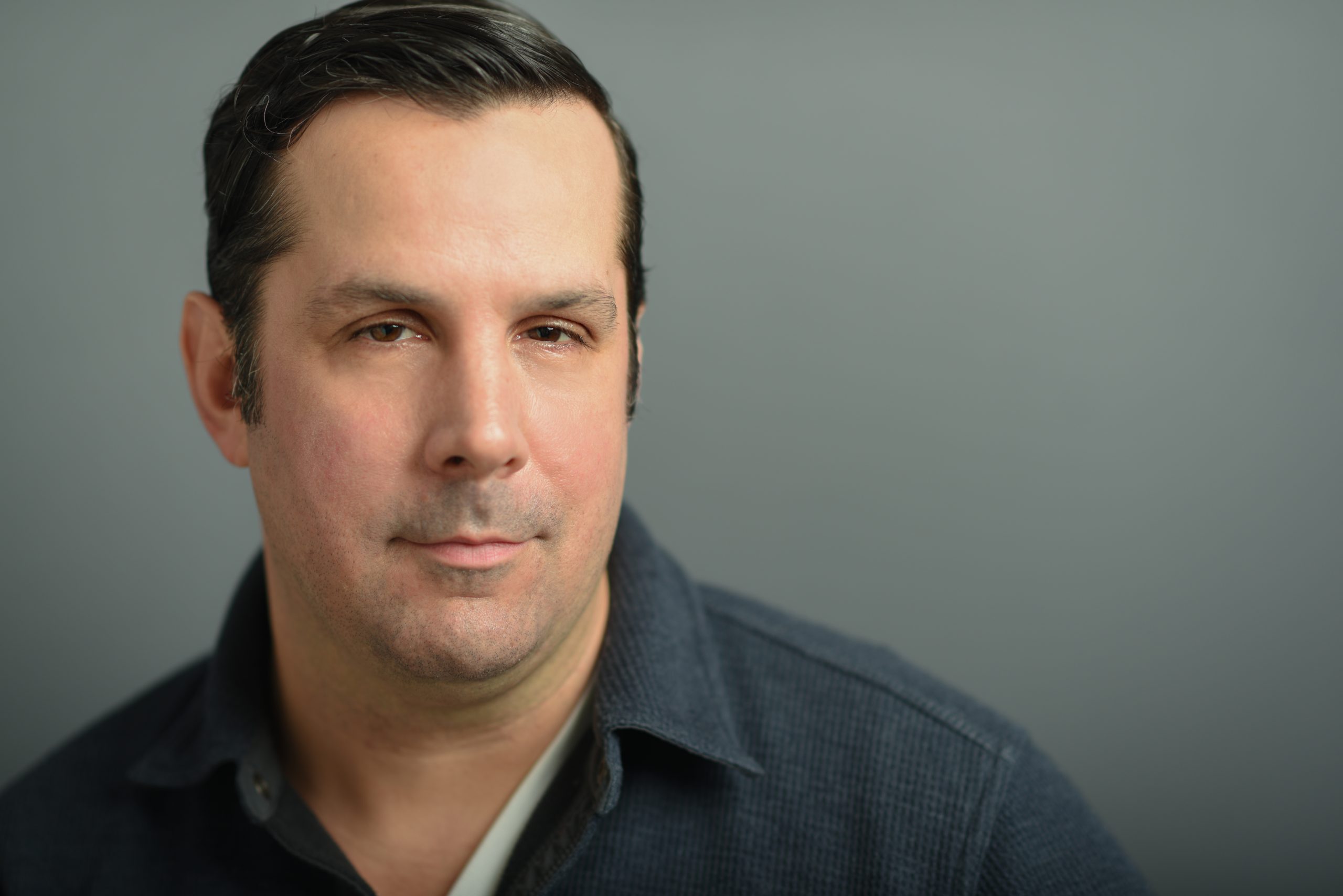 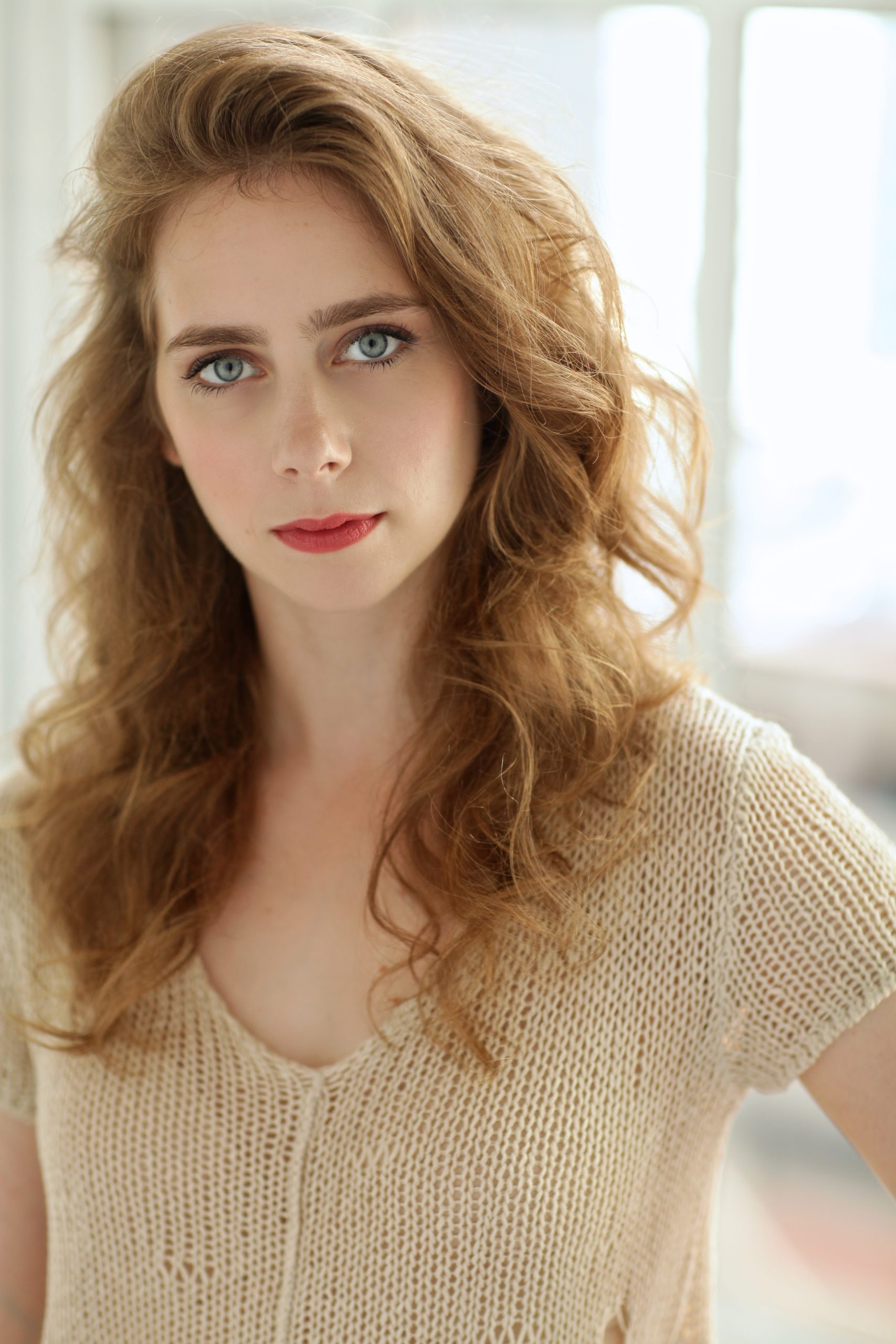 
Charlotte is a graduate of the Juilliard Dance Division and the Old Globe/USD MFA Acting Program. New York theater credits include: The Michaels (Public Theatre), The Michaels Abroad (Hunter Theater Project), HELP (The Shed), These Seven Sicknesses (The Flea), and PARIS! (Company XIV). Regional credits include: A Month in the Country (Williamstown), Much Ado About Nothing (The Old Globe), An Inspector Calls (Maltz Jupiter), and Venus in Fur (Virginia Stage Company). On TV, Bydwell’s has been seen on Elementary and The Good Fight and served as the season choreographer for Alternatino on Comedy Central. Professional dance credits include: Monica Bill Barnes & Company (The Joyce, American Dance Festival, Jacob’s Pillow), Keigwin + Co (The Joyce) and choreography for the National Tour of A Charlie Brown Christmas. Charlotte premiered her debut one-woman show, ‘Woman of Leisure and Panic’, as part of the 8th Annual soloNOVA Festival (New York Innovative Theatre Award for Outstanding Performance Art Production). A combination of dance, theater and comedy, the show was remounted for performances at the NY International Fringe Festival, Anita’s Way and the First Person Arts Festival. It has also been translated into Spanish and performed across Mexico. Her solo film, ‘The Nude Model’, premiered at the Edinburgh Fringe Festival and has screened at a variety of festivals around the world focused on boundary-pushing cinema. More info at www.charlottebydwell.com. 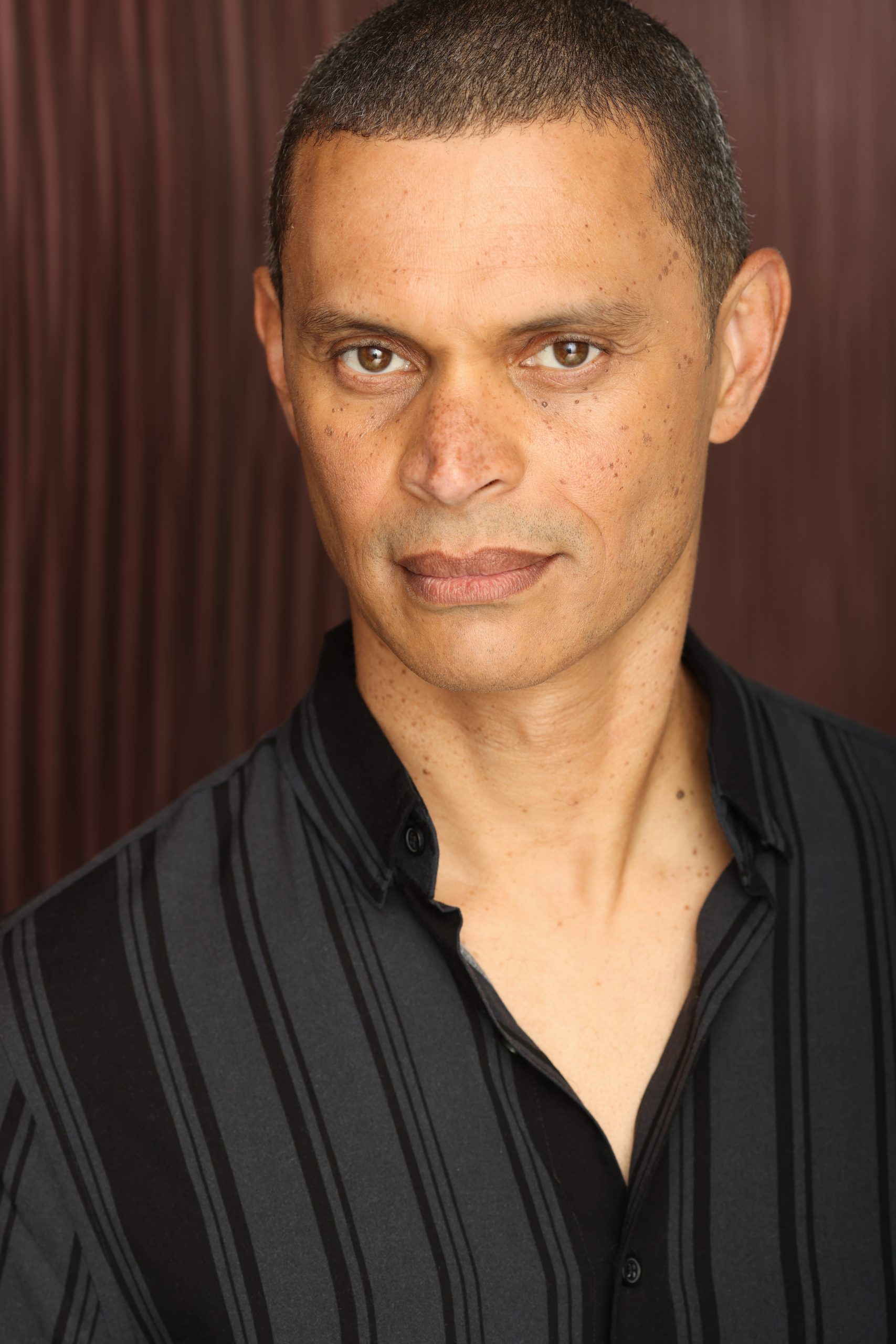 
Duane is a NY based actor, director, and composer and is thrilled to make his return to The Cape Playhouse with Private Lives. He played “Professor Plum” in the Cape’s 2018 production of Clue. Duane performed on Broadway in Parade and played “Enoch Snow, Jr.” in Lincoln Center’s 1994 TONY-winning revival of Carousel. Off-Broadway appearances include Discord (Primary Stages), Civil Sex (Public Theater), The Bubbly Black Girl, and The Heliotrope Bouquet (both at Playwrights Horizons). He stars in the films Stonewall (as “Bostonia”), and Brother to Brother (as young “Bruce Nugent”). Duane has appeared on television in Unbreakable Kimmy Schmidt, Sex and The City and more – going back to early guest appearances on What’s Happening Now. He has enjoyed performing at many of the country’s leading regional theatres including Goodman Theatre, Arena Stage, La Jolla Playhouse, Berkeley Rep, Oregon Shakespeare Festival, Dallas Theatre Center, Denver Center, Alliance Theatre, McCarter Theatre, Seattle Rep, Long Wharf Theatre and more. His directing credits include the world premiere of Neil LaBute’s Appomattox (Summer Shorts, NYC), LOL (Algonquin Productions, NY), Home (Rep Stage), The Merry Wives of Windsor (Worcester Shakespeare Festival), Stalag 17 (Good Company Players, Fresno), The Winter’s Tale and Everybody (Brooklyn College), Othello (Stella Adler Cons.), and Fences and Cabaret while on faculty at Illinois State University. Boutté was composer for Lyin’ Up a Breeze (Second Stage, Fresno), and Caravaggio Chiaroscuro (La Mama) and is currently writing his first full-length libretto. He wishes to thank Stephanie, Martin, David and The Cape Playhouse for the opportunity to play once again on this legendary stage and enjoy all the area has to offer. www.DuaneBoutte.com 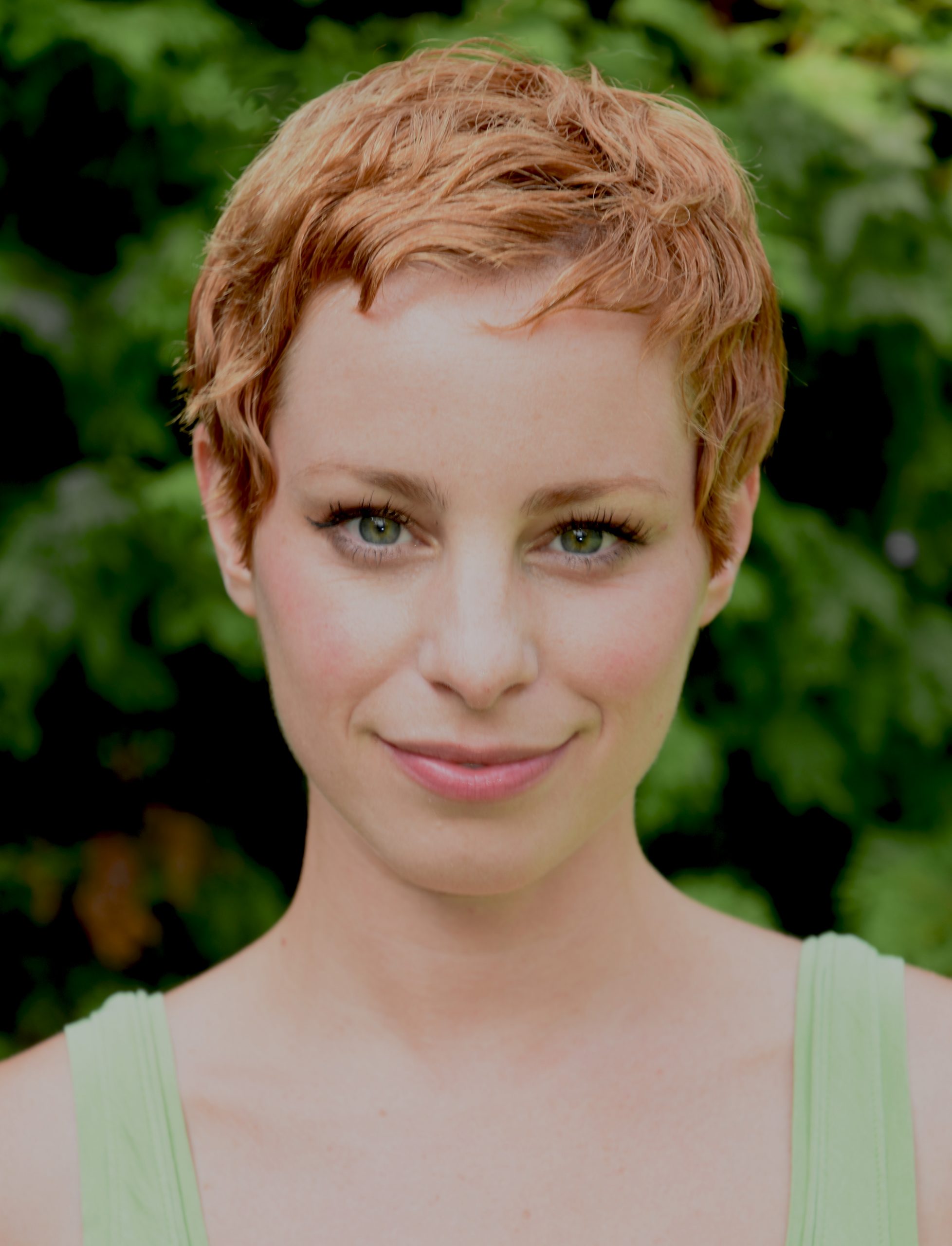 
ALI ROSE DACHIS has worked off-broadway cultivating new work in New York City as well as around the country. She made her Broadway debut in Larry David’s FISH IN THE DARK, and pre -pandemic premiered Ming Peiffer’s USUAL GIRLS at the Roundabout Theatre Co., THE WEDGE HORSE at Fault Line Theatre, THE WANDERERS at The Globe, and others. Ali has made a career in developing new work in the theater with extraordinary playwrights and artists including : Annie Baker, Adam Rapp, Anna Ziegler, Rajiv Joseph, Anna Shapiro, Celine Song, Davis McCallum, Tony Taccone, Deborah Zoe Laufer, Nick Gandiello, and more. Before moving to New York, Ali made an artistic home at The Guthrie Theater in Minneapolis. She earned a BFA through their Actor Training program, as well as appearing in 10 plus shows, including the regional premiere of Adam Rapp’s one woman show THE EDGE OF OUR BODIES. She has had the good fortune of working at many other wonderful regional and off-broadway theater companies including MCC, MTC, Labyrinth, Second Stage, The Pearl, The Acting Company, Baltimore Center Stage, Cincinnati Playhouse in the Park, Arizona Theater Company, The Children’s Theater Co (Tony Award Winning), Park Square Theater, and others. Ali is a voice-over artist and can be heard in commercials for Target, Disney, and many PSA’s Ali has served as a responder, teacher, and judge at the Kennedy Center’s American College Theater Festival and for the Irene Ryan Acting Scholarship Awards for several years. In the last 8 years Ali has used her experience and education to teach art and storytelling in underserved communities through Arts Ignite. She specializes in teaching and creating workshops to use art for good in the world and to promote social change. 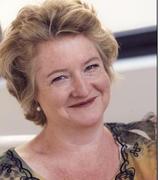 
Leigh is an Olivier Award-winning entertainment industry professional with 30+ years of in-depth knowledge and experience in live theater, film, and television in the US and UK. Informed by her extensive and accomplished work as a professional actor, singer, dancer, and educator, Leigh specializes in the crafted delivery of consent-based, trauma-informed practices to develop, teach, and stage theatrical intimacy and physical storytelling. Leigh is passionate about the creative process and supporting the mental health, self-care, and personal/professional boundaries of all artists. Leigh is also certified in numerous additional competencies to support equity, diversity, and inclusion in the creative and artistic workplace. www.leighzimmerman.com