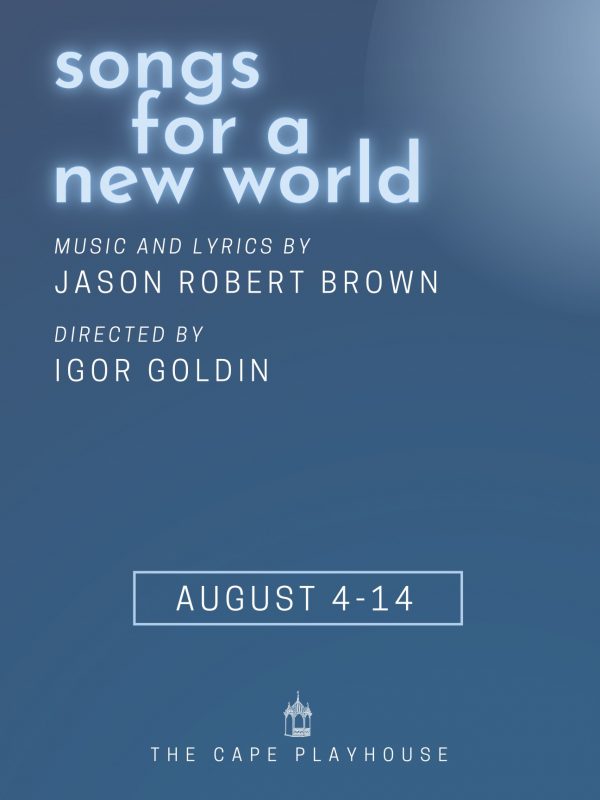 “Songs For A New World” is presented through special arrangement with Music Theatre International (MTI). All authorized performance materials are also supplied by MTI. www.mtishows.com

Songs For A New World

Dates: August 4 – 14, evening performances only, 8pm
Style: Musical
Run Time: 90 minutes, no intermission
Ages: 10 and up
(There is no official rating system for live theatre. We invite you to use your own judgment.)

“In desperate need of a restorative evening? Here’s one.”
– New York Times

It’s about one moment. It’s about hitting the wall and having to make a choice… or take a stand… or turn around and go back. These are the stories and characters of today, the Songs for a New World. The first musical from TONY Award winner, Jason Robert Brown (Parade, Bridges of Madison County), is a moving collection of powerful songs that examines life, love and the choices that we make.

With a powerhouse cast and a driving, exquisitely crafted score that runs the gamut of today’s music, this is a celebration of life and music for the whole family. 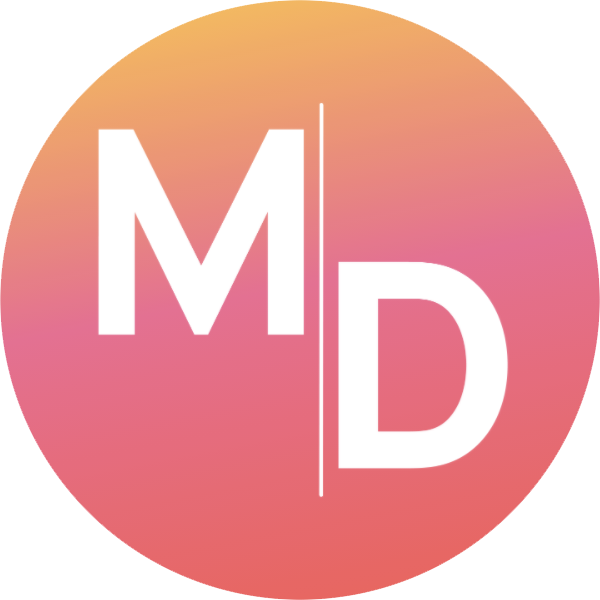 View the digital program for Songs For A New World, built exclusively for The Cape Playhouse by Marquee Digital. 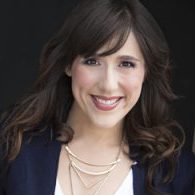 Farah Alvin’s Broadway credits include It Shoulda Been You, Nine, The Look of Love, Saturday Night Fever, and Grease! among others. Off-Broadway credits include Window Treatment (cast album), Goldstein, The Last Smoker In America (cast album), The Marvelous Wonderettes  (Drama Desk Nomination, cast album), I Love You Because (cast album) and more. Lots of regional including The Cape Playhouse in 2014 and 2017, Papermill Playhouse, Goodspeed Opera House, Signature Theatre (Helen Hayes Award), Geva Theater and Alabama Shakespeare. Her solo show Farah Alvin on Vinyl  was named the Best Cabaret Show of 2019. She has performed as a soloist with the Symphony Orchestras of Indianapolis, Cleveland, Detroit, and the National Symphonies of the United States and Canada. She is also occasionally a funny voice on your radio. In New York, Farah performs regularly in the series Broadway By the Year at Town Hall, Broadway Close Up and Broadway Unplugged at Merkin Hall, Broadway’s Greatest Hits and 54 Sings…at 54 Below. Follow Farah on her website, Instagram and Facebook. 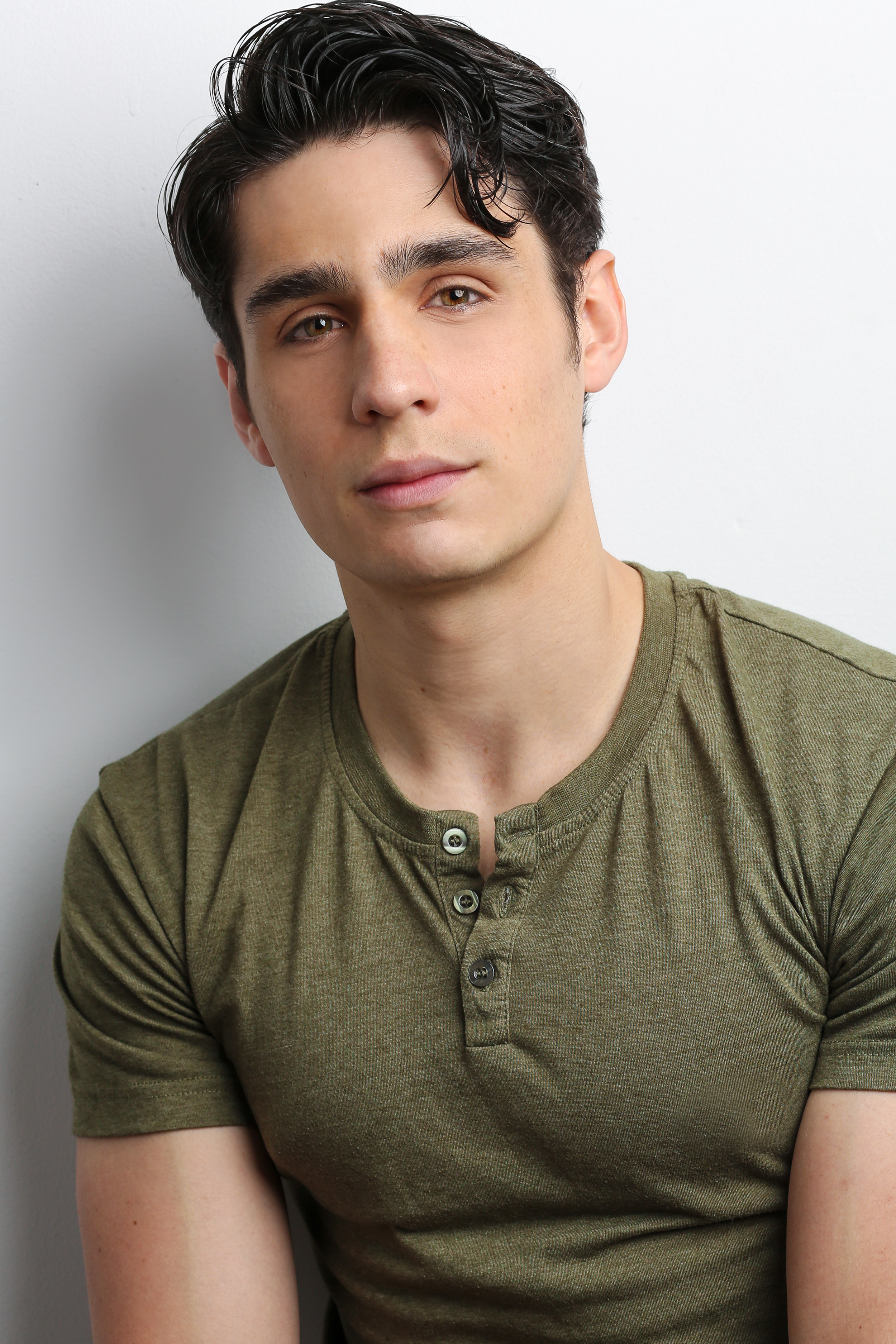 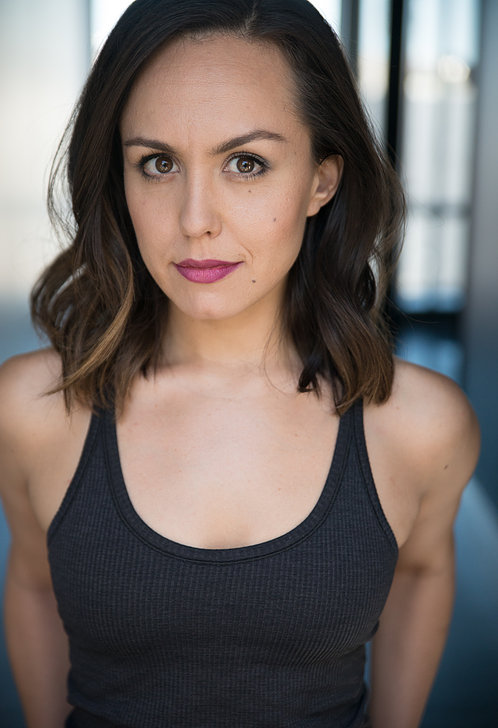 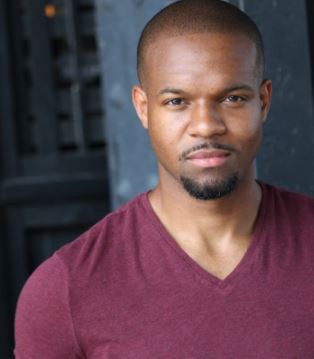 From an early age, Erick Patrick has had a love for acting. He decided to take his training seriously, so he went to the New York Conservatory for Dramatic Arts, where he graduated with a degree in acting for tv and film. Since then, Erick has been performing on stages across America, touring with many broadway shows including Motown the Musical and Jesus Christ Superstar. In addition to being an actor, Erick also sings, writes, and, produces his own music, available on all music streaming platforms under his artist name “Donelle.” 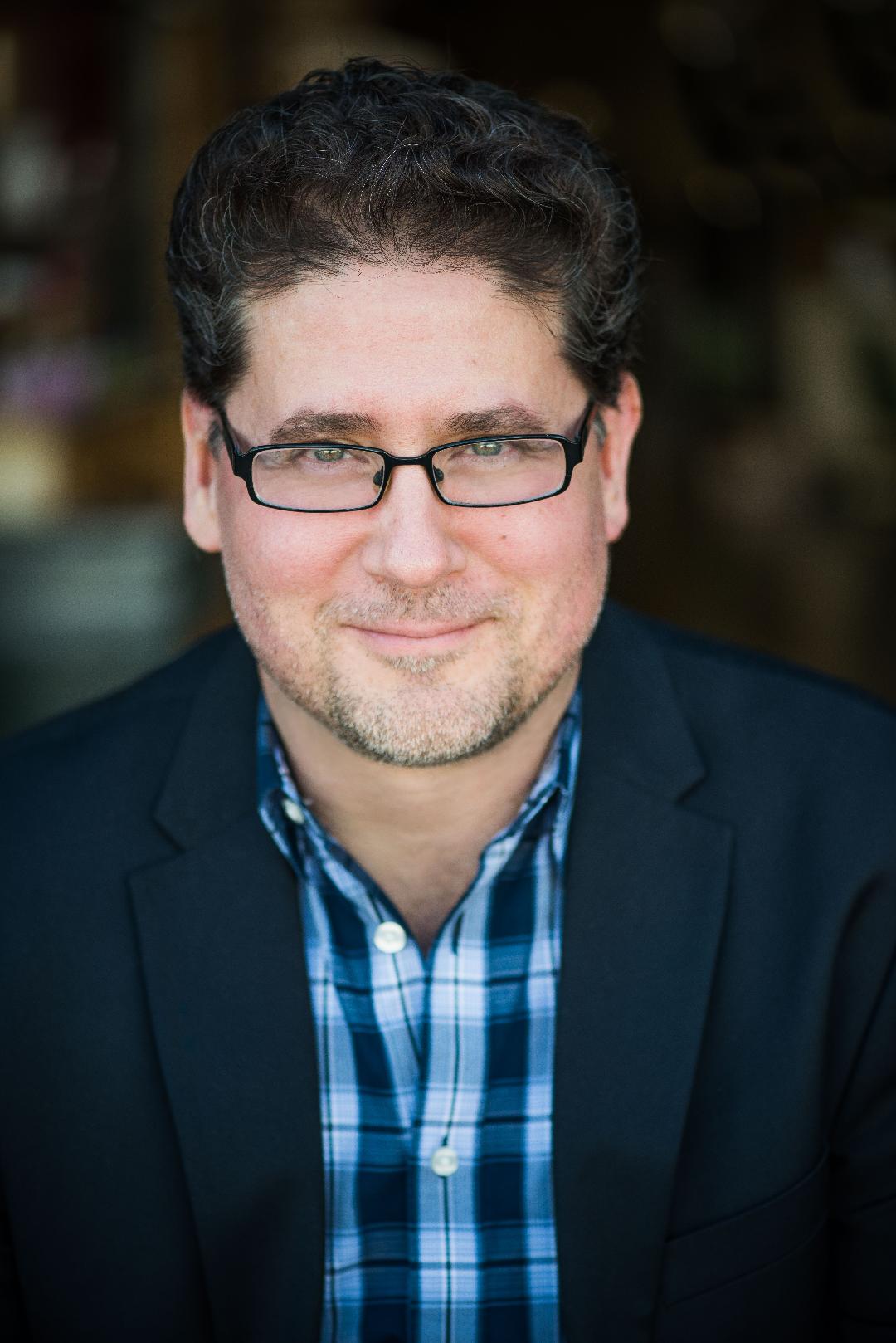 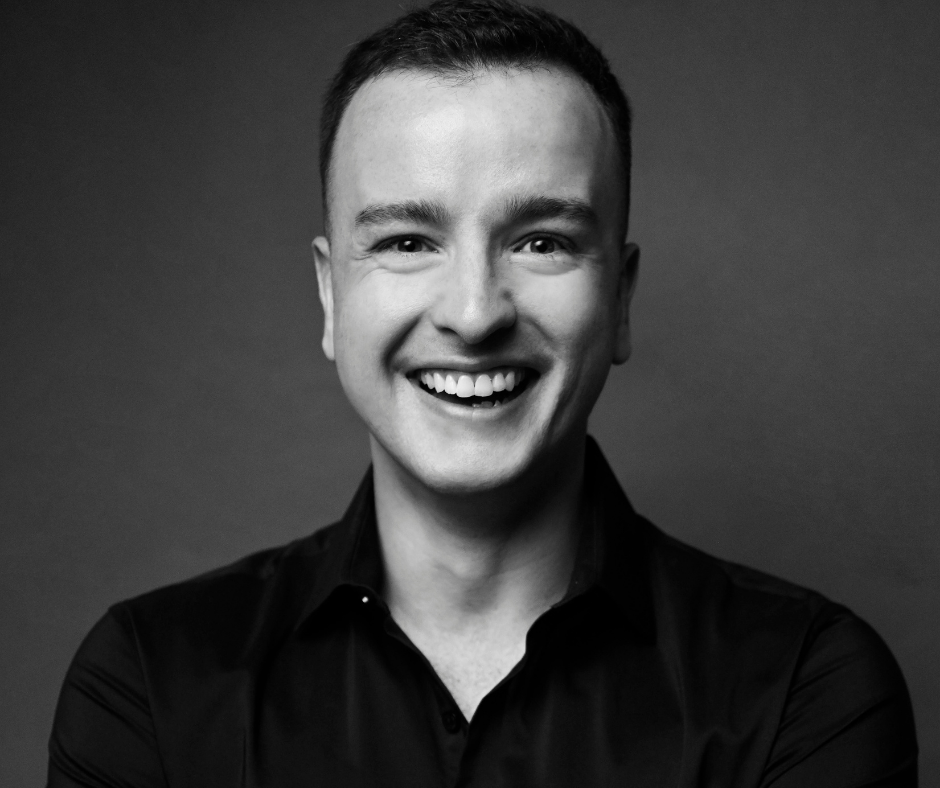 JASON ROBERT BROWN is the ultimate multi-hyphenate - an equally skilled composer, lyricist, conductor, arranger, orchestrator, director and performer - best known for his dazzling scores to several of the most renowned musicals of our time, including the generation-definingThe Last Five Years, his debut song cycle Songs for a New World, and the seminal Parade, for which he won the 1999 Tony Award for Best Score.

Jason Robert Brown has been hailed as "one of Broadway's smartest and most sophisticated songwriters since Stephen Sondheim" (Philadelphia Inquirer), and his "extraordinary, jubilant theater music" (Chicago Tribune) has been heard all over the world, whether in one of the hundreds of productions of his musicals every year or in his own incendiary live performances. The New York Times refers to Jason as "a leading member of a new generation of composers who embody high hopes for the American musical." Jason's score for The Bridges of Madison County, a musical adapted with Marsha Norman from the bestselling novel, received two Tony Awards (for Best Score and Orchestrations). Honeymoon In Vegas, based on Andrew Bergman's film, opened on Broadway in 2015 following a triumphant production at Paper Mill Playhouse. A film version of his epochal Off-Broadway musical The Last Five Years was released in 2015, starring Anna Kendrick and Jeremy Jordan and directed by Richard LaGravenese. His major musicals as composer and lyricist include: 13, written with Robert Horn and Dan Elish, which opened on Broadway in 2008 and was subsequently directed by the composer for its West End premiere in 2012; The Last Five Years, which was cited as one of Time Magazine's 10 Best of 2001 and won Drama Desk Awards for Best Music and Best Lyrics (and was later directed by the composer in its record-breaking Off-Broadway run at Second Stage Theatre in 2013); Parade, written with Alfred Uhry and directed by Harold Prince, which won both the Drama Desk and New York Drama Critics' Circle Awards for Best New Musical, as well as garnering Jason the Tony Award for Original Score; and Songs for a New World, a theatrical song cycle directed by Daisy Prince, which has since been seen in hundreds of productions around the world since its 1995 Off-Broadway debut, including a celebrated revival at New York's City Center in the summer of 2018. Parade was also the subject of a major revival directed by Rob Ashford, first at London's Donmar Warehouse and then at the Mark Taper Forum in Los Angeles. Jason conducted his orchestral adaptation of E.B. White's novel The Trumpet of the Swan with the National Symphony Orchestra, and recorded the score for PS Classics. Future projects include a new chamber musical created with Daisy Prince and Jonathan Marc Sherman calledThe Connector; an adaptation of Lilian Lee's Farewell My Concubine, created with Kenneth Lin and Moisés Kaufman; and a collaboration with Billy Crystal, Amanda Green, Lowell Ganz and Babaloo Mandel on a musical of Mr. Saturday Night. Jason is the winner of the 2018 Louis Auchincloss Prize, the 2002 Kleban Award for Outstanding Lyrics and the 1996 Gilman & Gonzalez-Falla Foundation Award for Musical Theatre. Jason's songs, including the cabaret standard "Stars and the Moon," have been performed and recorded by Ariana Grande, Audra McDonald, Kristin Chenoweth, Billy Porter, Betty Buckley, Renée Fleming, Jon Hendricks and many others, and his song "Someone To Fall Back On" was featured in the Walden Media film, Bandslam.

As a soloist or with his band The Caucasian Rhythm Kings, Jason has performed concerts around the world. For the past four years (and ongoing), his monthly sold-out performances at New York's SubCulture have featured many of the music and theater world's most extraordinary performers. His newest collection, "How We React and How We Recover", was released in June 2018 on Ghostlight Records. His previous solo album, "Wearing Someone Else's Clothes", was named one of Amazon.com's best of 2005, and is available from Sh-K-Boom Records. Jason's 2012 concert with Anika Noni Rose was broadcast on PBS, and he was the featured soloist for a live episode of Friday Night Is Music Night, broadcast live from the London Palladium and featuring the BBC Concert Orchestra. His collaboration with singer Lauren Kennedy, "Songs of Jason Robert Brown", is available on PS Classics. Jason is also the composer of the incidental music for the Broadway revival of You Can't Take It With You, David Lindsay-Abaire's Kimberly Akimbo and Fuddy Meers, and Kenneth Lonergan's The Waverly Gallery, and he was a Tony Award nominee for his contributions to the score of Urban Cowboy the Musical. He has also contributed music to the hit Nickelodeon television series, The Wonder Pets as well as Sesame Street. Jason spent ten years teaching at the USC School of Dramatic Arts, and has also taught at Harvard University, Princeton University and Emerson College.

For the musical Prince of Broadway, a celebration of the career of his mentor Harold Prince, Jason was the musical supervisor and arranger. Other New York credits as conductor and arranger include Urban Cowboy the Musical on Broadway; Dinah Was, off-Broadway and on national tour; When Pigs Fly"off-Broadway; William Finn's A New Brain at Lincoln Center Theater; the 1992 tribute to Stephen Sondheim at Carnegie Hall (recorded by RCA Victor); Yoko Ono's New York Rock, at the WPA Theatre; and Michael John LaChiusa's The Petrified Princ" at the Public Theatre. Jason orchestrated Andrew Lippa's john and jen,Off-Broadway at Lamb's Theatre. Additionally, Jason served as the orchestrator and arranger of Charles Strouse and Lee Adams's score for a proposed musical of Star Wars. Jason has conducted and created arrangements and orchestrations for Liza Minnelli, John Pizzarelli, and Michael Feinstein, among many others.

Jason studied composition at the Eastman School of Music in Rochester, N.Y., with Samuel Adler, Christopher Rouse, and Joseph Schwantner. He lives with his wife, composer Georgia Stitt, and their daughters in New York City. Jason is a proud member of the Dramatists Guild and the American Federation of Musicians Local 802. 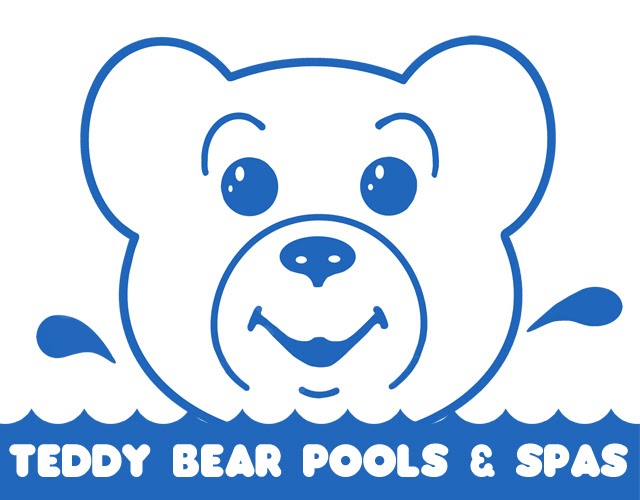 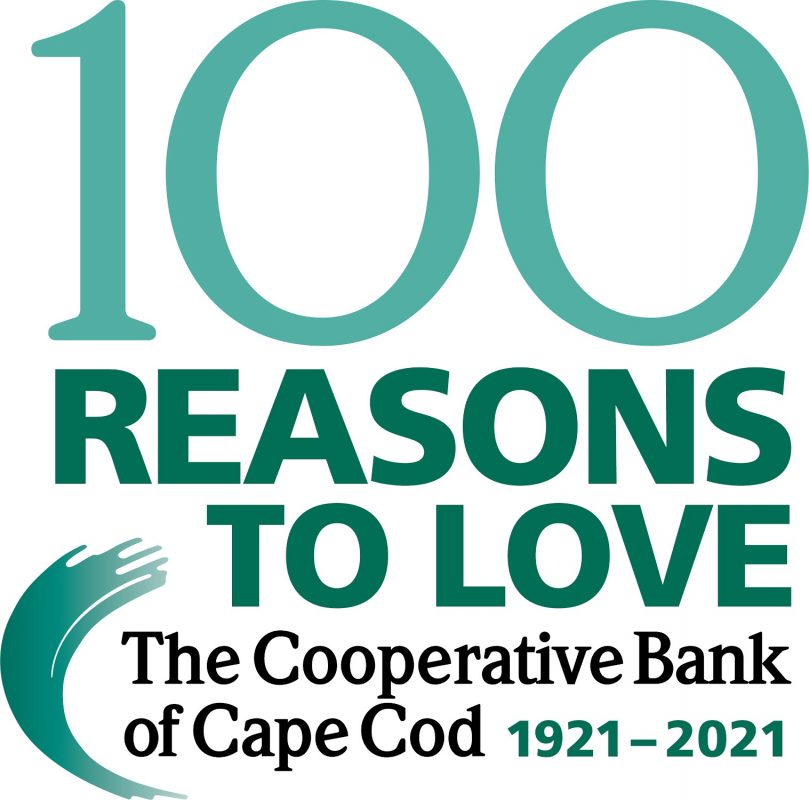