Dates: August 7 – August 17
Style: Comedy | Slapstick
Run Time: 2 Hours with one intermission
Ages: 13 and up
(There is no official rating system for live theatre. We invite you to use your own judgment.) 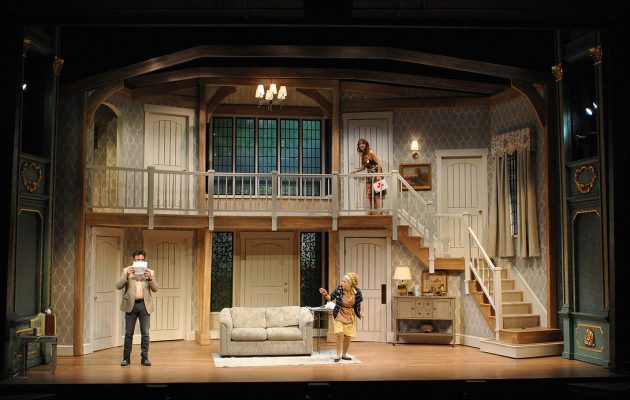 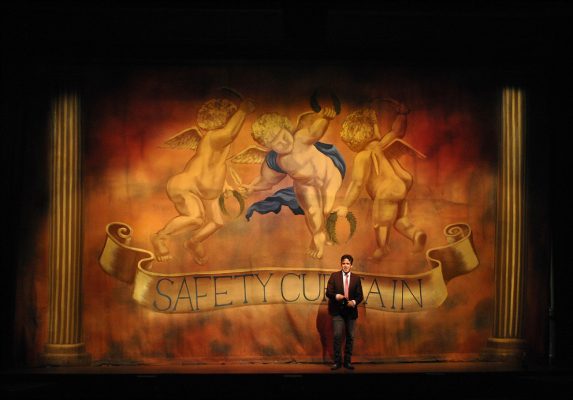 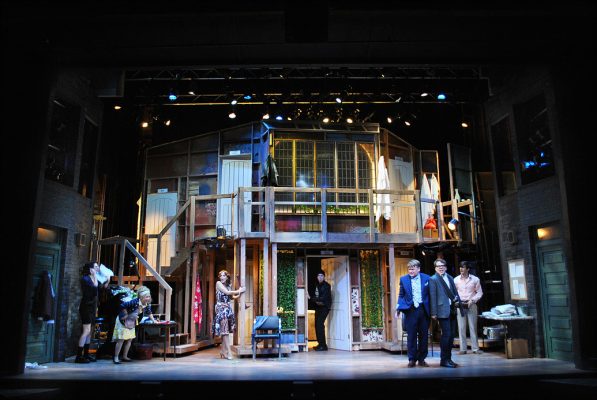 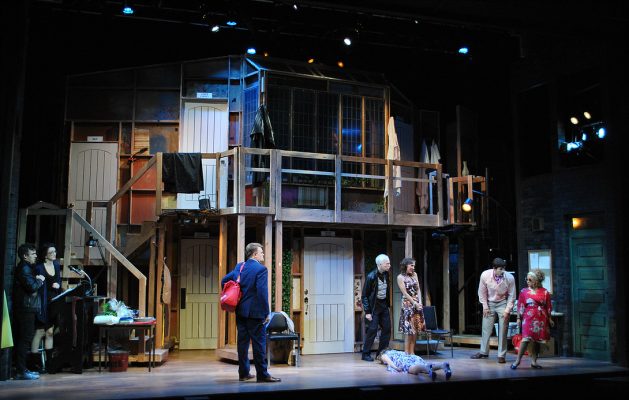 In this rip-roaring classic, the audience is treated to a hilarious behind-the-scenes peek at an acting troupe rehearsing and performing the farce Nothing On. Despite nerves, dropped lines and technical difficulties they make it through rehearsal and open the show.

Time goes by and things deteriorate until pandemonium ensues and axe-wielding co-stars, drunken cast members and misplaced sardines take center stage during a disaster of a performance, threatening to jinx the old saying: “The show must go on.” 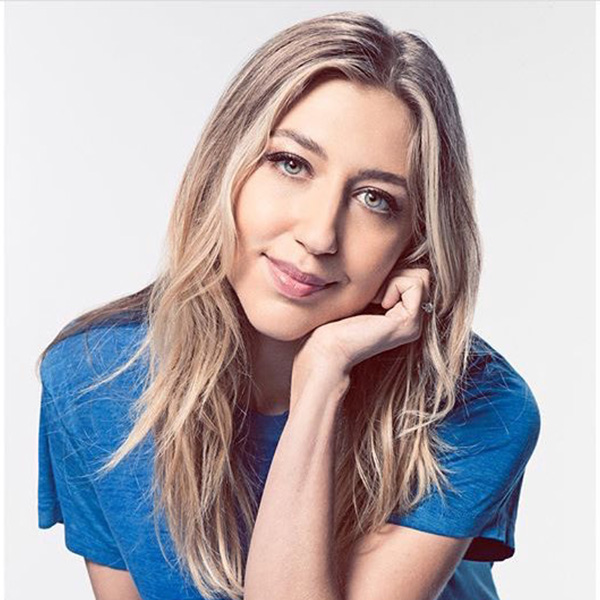 Heidi just wrapped her second season on “Saturday Night Live." Gardner comes from the Groundlings main company in Los Angeles. She voices Tuva Von Void in SYFY’s animated series “Alien News Desk,” co-starring with Will Forte, and Cooch in the Crackle series “SuperMansion” with Bryan Cranston.  She appeared opposite Melissa McCarthy in the comedy feature Life of the Party and is in the upcoming Netflix feature Otherhood with Angela Bassett, Patricia Arquette, and Felicity Huffman. She also guest stars on the final season of HBO’s “Veep” and makes an appearance on the Comedy Central series "The Other Two,” from “SNL's” Chris Kelly and Sarah Schneider.  She is part of the voice-cast in the upcoming SONY animated feature The Mitchells vs.The Machines. 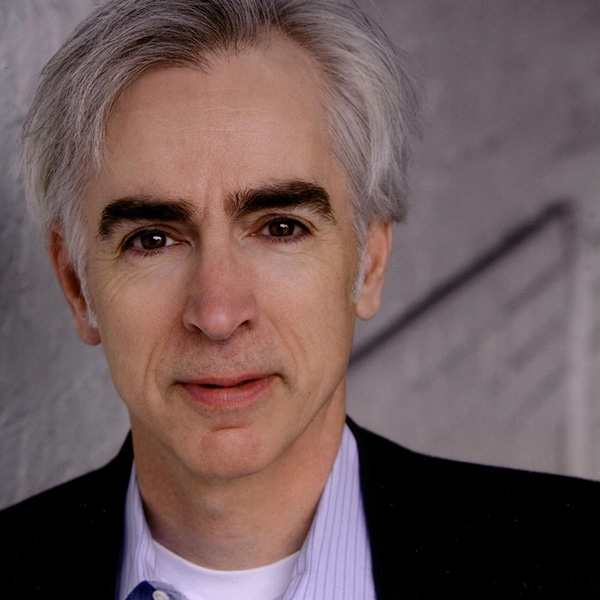 Philip has been seen on Broadway in Tartuffe, The School for Scandal, and The Diary of Anne Frank. He is an Artistic Associate of the Shakespeare Theatre Company in Washington, DC, nominated for Helen Hayes Awards in Timon of Athens, Twelfth Night, and An Enemy of the People. He has made many Off-Broadway appearances, notably as Fool in King Lear, with Kevin Kline. On TV, he is seen on “Gotham” and “Law and Order”, and on Film as Inspector Renard in two Pink Panther movies, with Steve Martin. 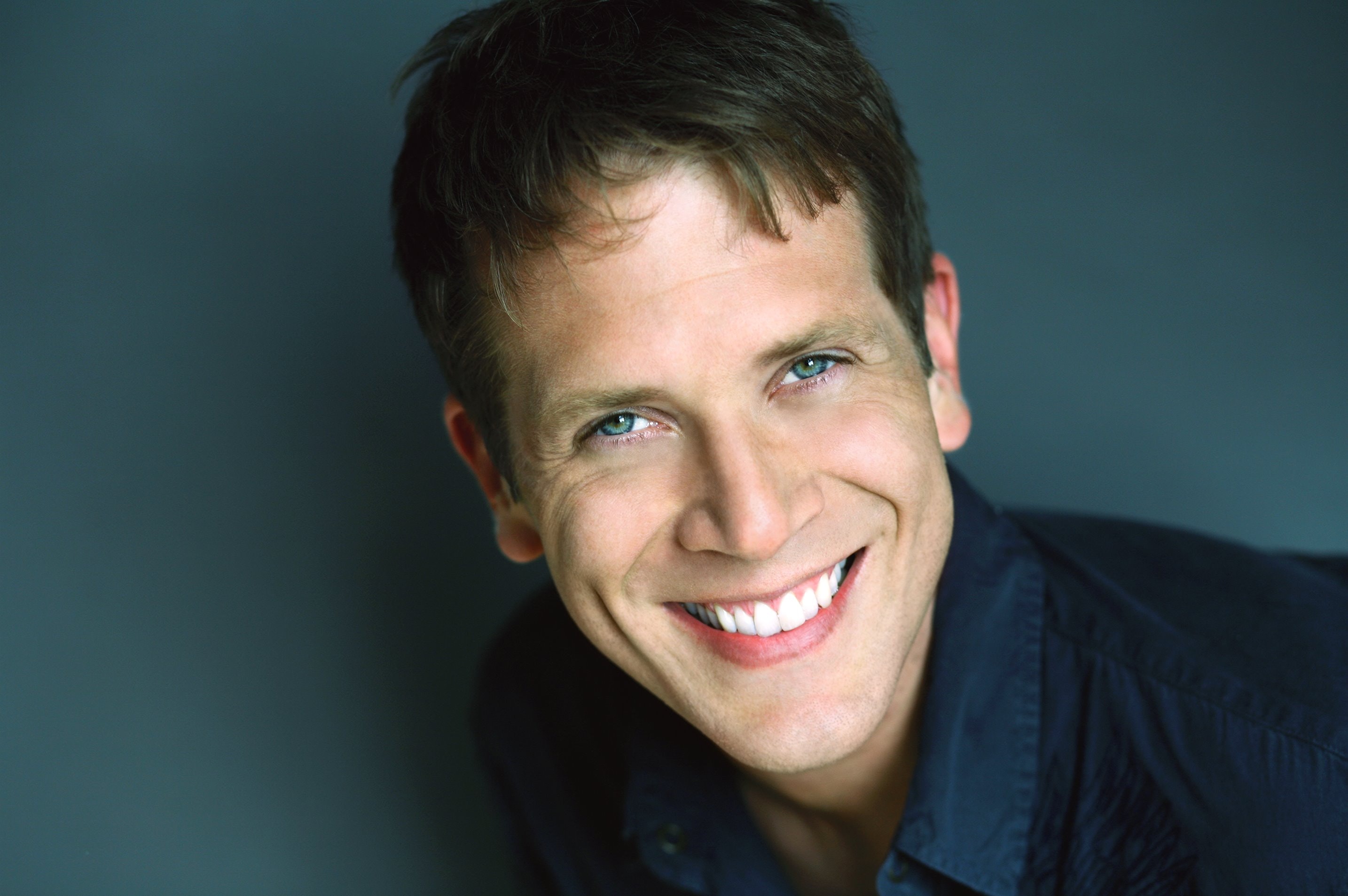 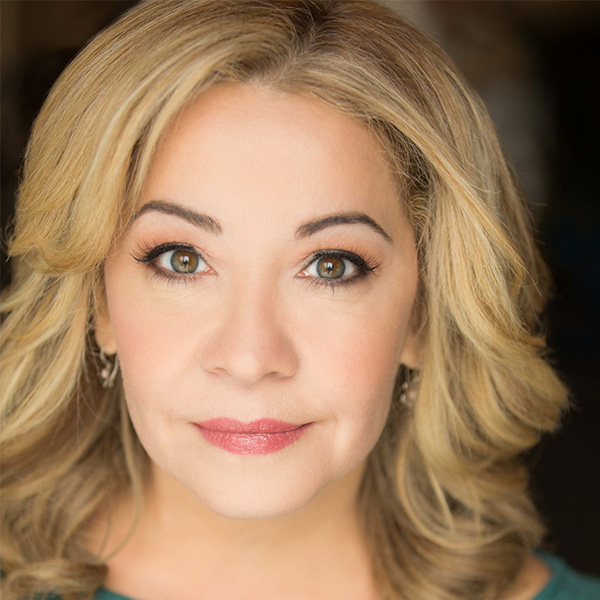 Jen, is so excited to return “home”. Last year, she was Sylvia, the misunderstood Labradoodle and choreographed Clue the Musical. Her other shows here include: Last of the Red Hot Lovers (Elaine, Bobbi and Jeannette), Gypsy, Cabaret, Hello Dolly, Woman In Jeopardy, Boeing,Boeing, Odd Couple, Moon Over Buffalo, Lend Me a Tenor, and of course, Unnecessary Farce. She has been on Broadway in Pajama Game, Shrek, Urinetown, Seussical the Musical, Beauty and The Beast, Taboo, Grease, A Christmas Story and Cats. Her voice can be heard on cartoons, commercials and movies: most notably winning the Annie Award for her work as Charlotte in Disney’s Princess and The Frog. TV:” Instinct”, “Blue Bloods”, “Bull”, “Unforgettable”, “American Dad”, “Phineas and Ferb”, “Mickey and the Roadster Racers”, “Law and Order”, “Khumba”, “Lucky Stiff”, “Winx Club” and “Shrek Live”. She returns to the Cape with hopes that the Scargo “Cakes and Ramps salad” is back this year. 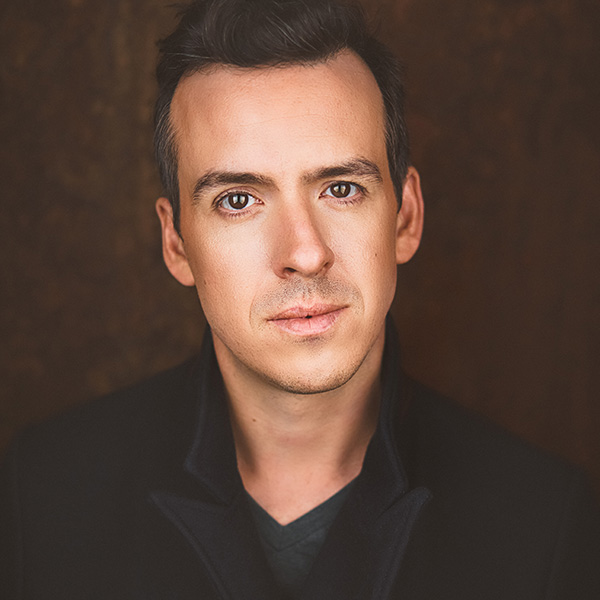 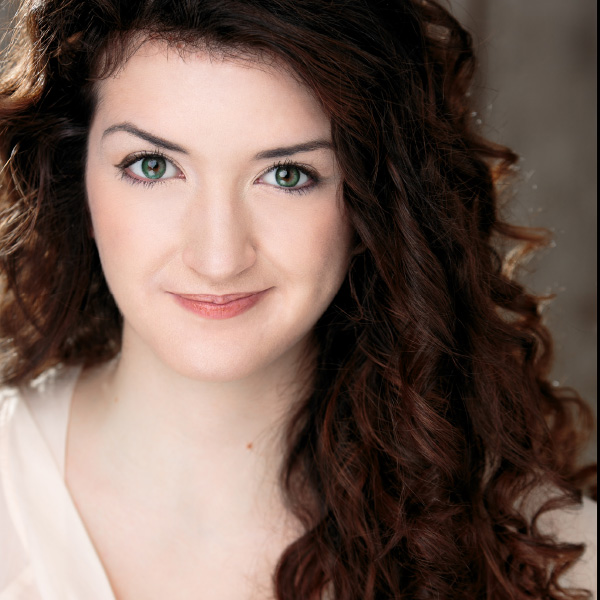 Taylor is thrilled to be on the Cape for the first time to work on this hysterical show! She most recently appeared in A Gentleman's Guide to Love and Murder at The John W. Engeman Theatre and Florida Studio Theatre. Other recent credits include Sister Mary Robert in Sister Act, Vera in And Then There Were None and Helena in A Midsummer Night’s Dream. National tour: The Marvelous Wonderettes. Special thanks to Jeffry Denman, Michael Rader, and the whole Cape Playhouse team. @tngalvin  www.taylorgalvin.com 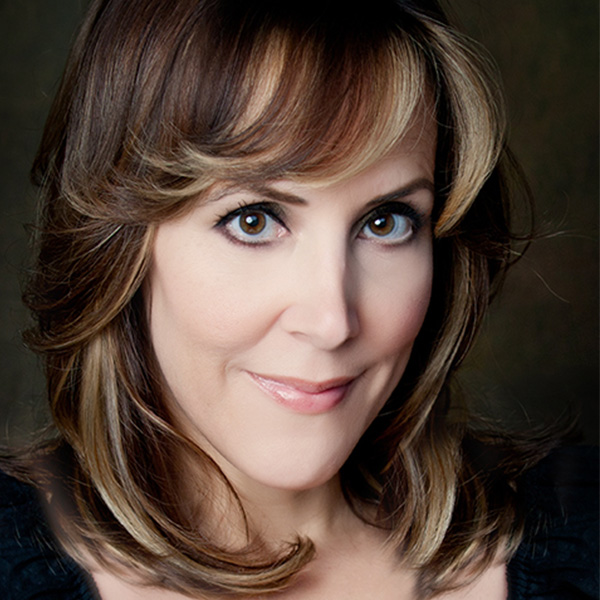 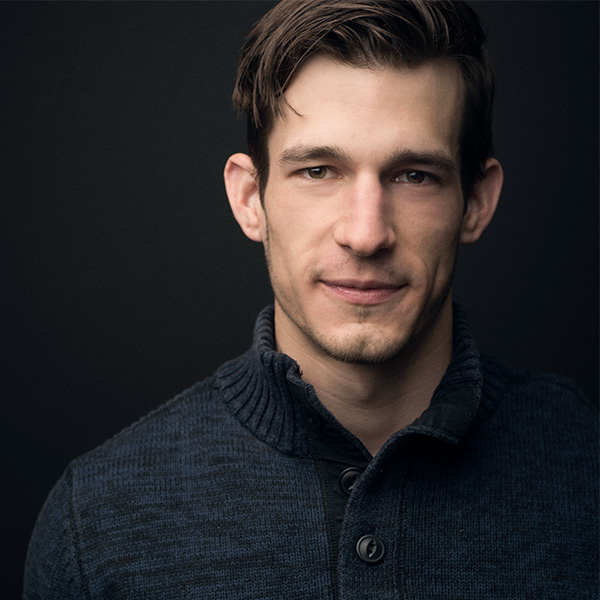 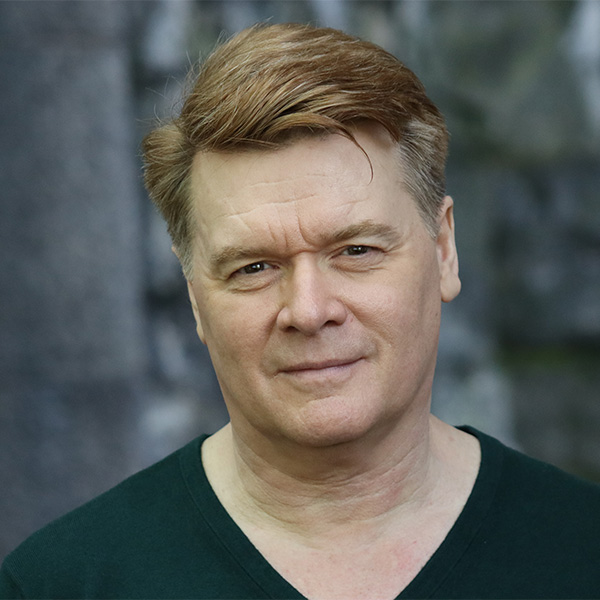 John returns to the Cape Playhouse for his thirteenth production. He has appeared here in The Foreigner, Vanya and Sonia and Masha and Spike, Sweet Charity, Legally Blonde, Unnecessary Farce, Boeing Boeing, Moon Over Buffalo, Dirty Rotten Scoundrels, The World Goes Round, My One and Only, 42nd Street, and Dames at Sea. Broadway: Lovemusik, By Jeeves and Sunset Boulevard. Off Broadway: Dames at Sea, Olympus on My Mind and Preppies. Other NY credits: The Most Happy Fella and Cinderella (NYC Opera) and Out of This World (City Center). He has toured in 42nd Street, Cats, White Christmas, Mame and Hello Dolly. He recently appeared in the critically acclaimed production of The Drowsy Chaperone at the Goodspeed Opera House. Other regional credits: Kennedy Center, Arena Stage, Goodman Theatre, Paper Mill Playhouse and many others. Film and television: Spinning Into Butter, “The Shield,” “Crossing Jordan,” “Law and Order (SVU and CI),” “Titus” and “Guiding Light.” He is a graduate of Carnegie Mellon University.

MICHAEL FRAYN (Playwright) was born in London in 1933. He began his career as a reporter for the Guardian and later the Observer. After leaving the Observer he continued to write as a columnist as well as publishing novels and plays for television and stage. His plays for stage include: Copenhagen, After Life, The Two of Us, Alphabetical Order, Donkeys’ Years, Clouds, Balmoral (Liberty Hall), Make and Break, Noises Off, Benefactors, Alarms and Excursions, Look Look, Here and Make and Break. Other translations include: four full-length Chekhov plays – The Cherry Orchard, Three Sisters, The Seagull and Uncle Vanya and four one-act plays – The Evils of Tobacco, Swan Song, The Bear and The Proposal. Mr. Frayn is married to the biographer and critic Claire Tomalin.

JOSEPH PALERMO (Sound Design) is a Chicago based Sound Designer and Digital Technologist who is quite pleased to be here for your listening pleasure. He’s been recognized at the Cannes Film Festival, the Chicago Merit Awards, and University of Glasgow for excellence in Design and Design Concepts. His next projects include the rest of The Cape Playhouses’ season, Cambodian Rock Band at The City Theatre and The Merrimack Theatre, and The Polar Express with Warner Brothers and Amtrak. His most recent creative obsessions include recording things in an underwater environment,  and applying the concepts of Quantum Physics to composition.  Joseph is a proud member of the Theatrical Sound Designers and Composers Association.

JAMES O. HANSEN (Production Stage Manager) is thrilled to be returning to The Cape Playhouse after Importance of Being Earnest and Once earlier this season! Recent credits include: On Your Feet! (Gateway Playhouse), Dirty Rotten Scoundrels (Resident Theatre Company), Beauty and the Beast (Gateway); Flashdance: The Musical (Gateway). Other credits include: Joseph...Dreamcoat, Ain’t Misbehavin’, Beauty and the Beast and Beehive all at Theatre by the Sea. James earned a Bachelor’s Degree in Arts Management from Dean College in Franklin, MA. Many thanks to the Creative Team, Cast and Crew! Special thanks to his family and Gabby for their love and support! JOHansenPSM.com

CASSIE MCKAY (Assistant Stage Manager)  grew up on the Cape, and is a current sophomore pursuing a BFA in Stage Management from Point Park University. Past credits include: Student Choreography Project, Raymond Laine Memorial One Acts (Pittsburgh Playhouse); Evita, Showboat, La Cage aux Folles, Newsies (Interlakes Summer Theatre); Oklahoma (Cotuit Center for the Arts); and Detective Sketches, Big Fish, Once on This Island, A Wrinkle in Time, The Love of Three Oranges (Sturgis Charter Public School). Thank you to her friends and family for their support, and to the Cape Playhouse for the opportunity to work on incredible theatre. Enjoy the show!

CAROLINE PASTORE (Assistant Stage Manager) is incredibly excited to be joining The Cape Playhouse team this summer! Caroline lives in Shelburne, VT and was a Stage Manager for FlynnArts for five years. Some of the productions she worked on there include: Cry-Baby, Cabaret and Once on This Island. She currently attends SUNY Purchase as a Theatre Design/Technology student and worked on We’re Gonna Be Okay this year as the Assistant Stage Manager. Caroline would like to thank the Cape Playhouse team for being so welcoming and her family and teachers for all their support. 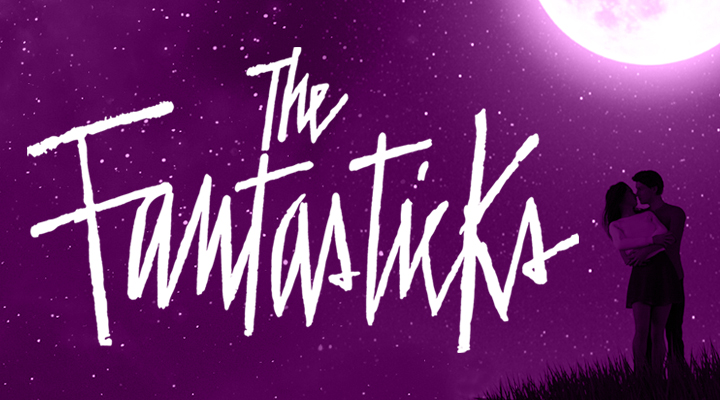