Style: Musical | Comedy
Run Time: 2 Hours
Ages: 10 and up
(There is no official rating system for live theatre. We invite you to use your own judgment.)

Created and originally directed by Ted Swindley. Based on a true story.
Licensed by the family and estate of Patsy Cline. All rights reserved.

A music legend and pioneer in country music, Patsy Cline’s unique stylings remain as relevant and popular today as they were over five decades ago. The original cross-over sensation, topping the country and pop charts, Cline paved the way for artists such as LeAnn Rimes, Shania Twain, and Carrie Underwood. Always… Patsy Cline is based on a touching true story affectionately told through letters written between Patsy and her biggest fan turned confidant, Louise Segar. A genuine bond of friendship, which began over a cup of coffee, lasted until Cline’s untimely death in 1963. Told through down-home country humor, heartache and celebration, Always…Patsy Cline takes audiences through the ups and downs, from her breakthrough on live radio, to her rise to fame at the Grand Ole Opry. Featuring 27 unforgettable hits, including “Crazy,” “Walkin’ After Midnight,” “I Fall to Pieces,” and “Sweet Dreams,” this musical memory book is a glorious tribute to the one-of-a-kind sound of Patsy Cline! 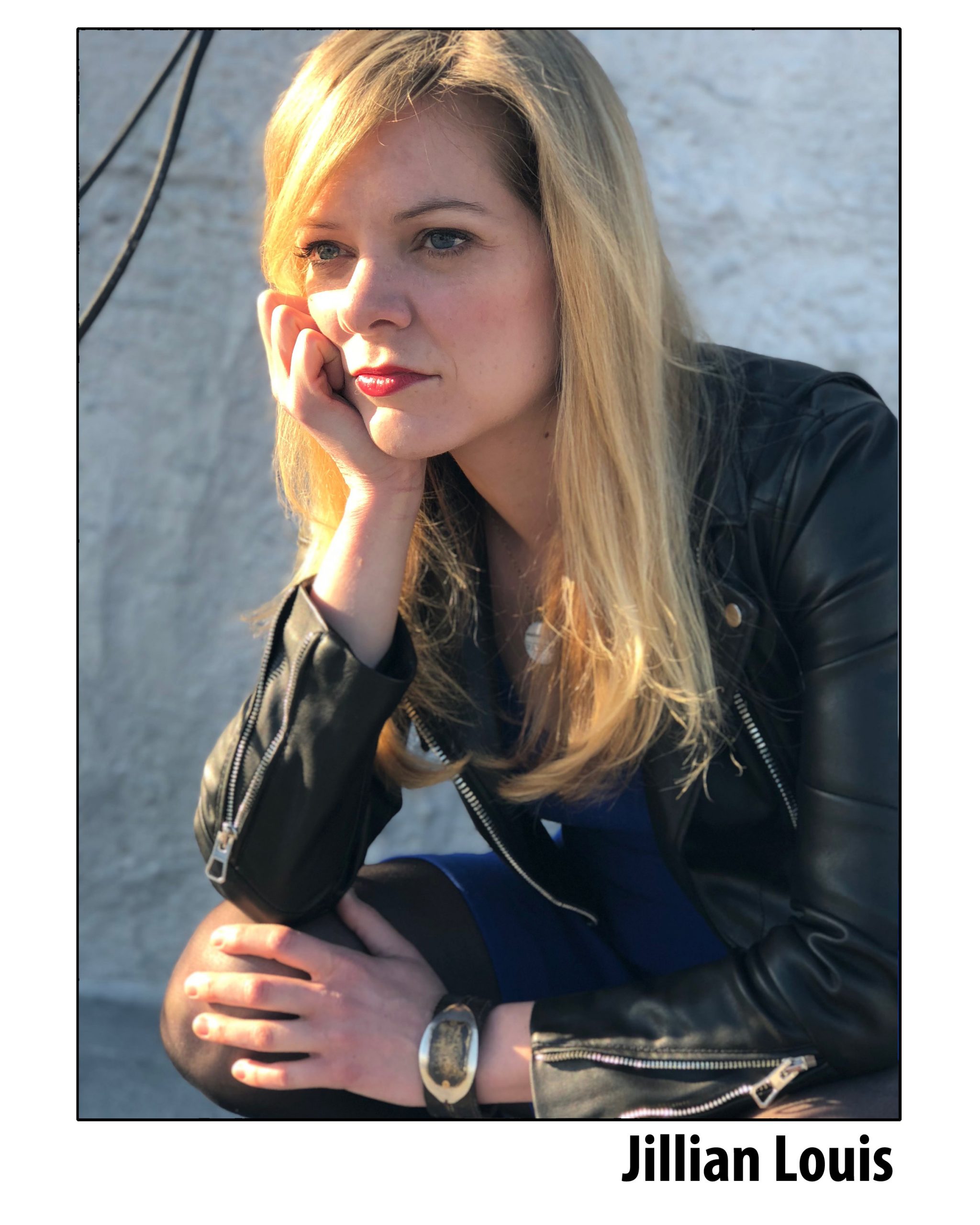 
Jillian is so pleased to be performing again at The Cape Playhouse and humbled to honor the inimitable Patsy Cline. She has appeared on Broadway in It Shoulda Been You, Off-Broadway in the musicals Soul Doctor and Chick Flick and assistant directed Midnight Street. She has toured in a stage adaptation of Cheers (Diane) which played the Shubert in Boston and in The Glass Menagerie (Laura) for Philly’s Walnut Street Theatre. Other NYC, regional, and UK credits include Denver Center, Ars Nova, North Shore, Florida Rep, Florida Studio, The Arden, The Prince, Casa Manana, Theatre for the New City, The York Theatre, NY Musical Festival, The Buxton Opera House, American Theatre Group, and many more. Jillian’s television credits include Law & Order SVU, Show Me A Hero, indie film Mount Joy, and the webseries Wallflowers. Solo and group concert/cabaret work includes venues like Town Hall, Symphony Space, Bryant Park, Feinstein’s/54 Below, and Cabaret 313. Jillian loves new music and emerging artists and estimates she has collaborated in the development of over 200 new projects. She teaches privately and through Broadway Plus, Paper Kite Arts, and Classroom Au Pair/ Hudson County Community College and has held masterclasses and Q&A’s for many theatre programs. She has an album and a Joni Mitchell tribute concert in the works. @jillian.louis.nyc JillianLouis.com 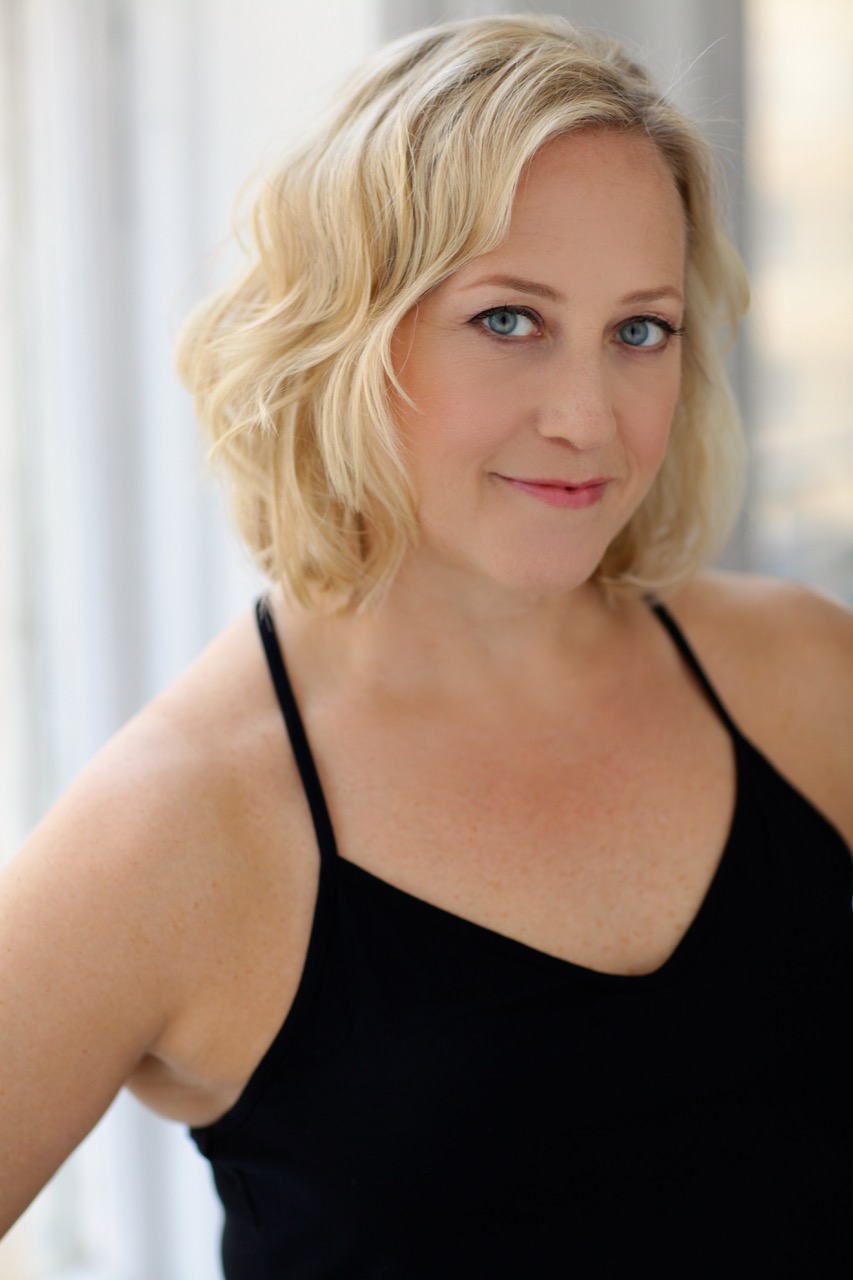 
Ted is internationally known as writer and director of the popular musical, ALWAYS…PATSY CLINE. He is the founding artistic director of STAGES REP in Houston, Texas. He was also named to the Esquire Magazine’s register of outstanding Americans in arts and letters. Mr. Swindley was the recipient of the Los Angeles Dramalogue award for outstanding direction of Carnal Knowledge by Jules Feiﬀer. Currently, he is president of Ted Swindley Productions, Inc., a theatrical licensing and consulting company, and continues his 30 year career writing plays and musicals, consulting and mentoring playwrights, as well as directing plays for various theatres throughout the U.S. and abroad. Mr. Swindley is an active member of The Dramatists Guild Of America and Stage Directors And Choreographers.


Patsy Cline was born Virginia Patterson Hensley on September 8, 1932. She became one of the most acclaimed vocalists of the 20th century. With roots deep in country music, her sound was the first to successfully cross-over to pop music. In 1957, one of her numerous hits “Walkin’ After Midnight” reached Number 2 on the county music chart and Number 16 on the pop music chart. This was the song that she performed on Arthur Godfrey’s Talent Scouts show, which eventually led to becoming a regular performer at the Grand Ole Opry. Cline was at the top of her career when she died tragically in a plane crash on March 5, 1963, at the age of 30. Her legacy and popularity remain strong with millions of albums continuing to sell today. The album, Patsy Cline’s Greatest Hits was released in 1967 and broke the world record for the most weeks on the US Charts for any album by a female artist. The album remained on the charts for 722 weeks, taking the Number 1 spot for 251 weeks. In 1973, she posthumously became the first female solo artist to be inducted into the Country Music Hall of Fame, and in 2002, she was voted Number 1 on Country Music Television’s The 40 Greatest Women of Country Music. 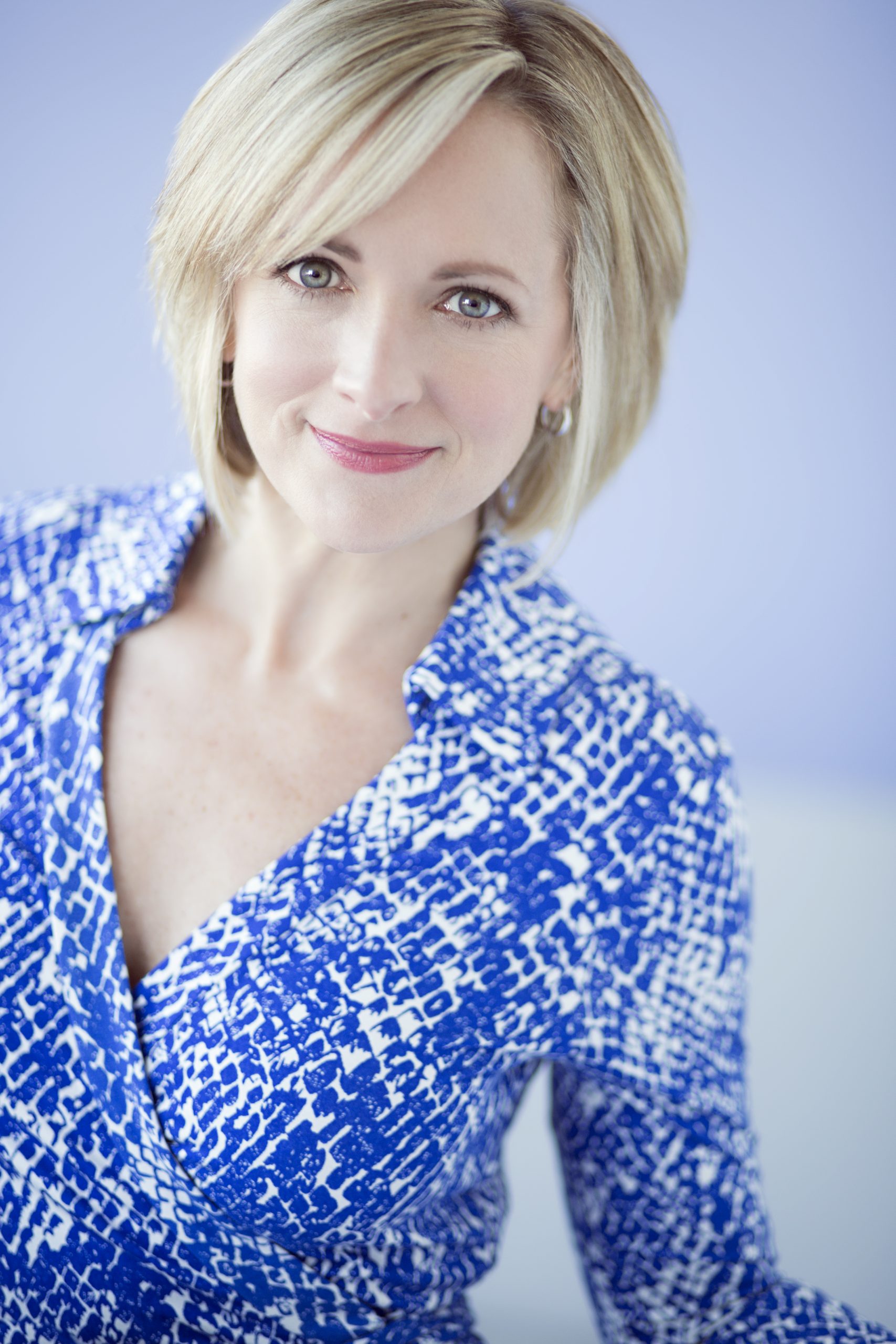 
Paige just completed her fifth and final season as the Producing Artistic Director at Philadelphia Theatre Company. After years spent as a Broadway performer, she began producing events, television shows and theatre in the U.S. and abroad. Directing credits include Little Women, Dear Edwina and You’re a Good Man, Charlie Brown at Theatre Aspen, in addition to concerts, a live television broadcast starring Kelli O’Hara and Matthew Morrison for the WOWOW network in Tokyo, Japan, The Deplorables at Primary Stages, Next to Normal at Fulton Theatre in Lancaster, PA and a recent reading of the new musical Dear Shirley. Upcoming – Damn Yankees at Music Theatre West. She was a producer for The Adam Mickiewicz Institute commission of the musical Blacksmith at Public Arts Theater in New York City. From 2007-2017, Paige was the Executive Artistic Director at Theatre Aspen in Colorado, where she created a new work festival as well as a professional apprentice program for aspiring students in the field. Price was on the board and served as the 1st Vice President of Actors’ Equity Association, the national union for actors and stage managers, from 2000-2017. She is a founding member of the Board of NYC’s Theatre Subdistrict Council, a member of The League of Professional Theatre Women and Vice-President of NAMT, the National Alliance for Musical Theatre, as well as a former Tony Award Nominator and Voter. As a performer, she starred in the original cast of Broadway’s Saturday Night Fever, as well as the original cast of Disney’s Beauty and the Beast and Smokey Joe’s Café. Her professional career encompasses film, television, radio, web, Off Broadway, regional theatre, and national and international tours. Proud Member AEA, SDC.


Garrett is pleased to be returning for his fifth summer at The Cape Playhouse having previously conducted Gypsy (2017), South Pacific (2018) and A Chorus Line (2019). He is known for being a multifaceted performer, pianist, conductor, and orchestrator. Garrett has performed and conducted across Europe, at Lincoln Center, Carnegie Hall, The Kennedy Center, Papermill Playhouse, The Fulton Theater, The Engeman, The Gateway, as well as numerous national tours and Broadway shows including over 14 years on the music team of Wicked on Broadway. When residing in New York City, he operates a busy voice studio with many Broadway performers and promising singers. He has worked at NYU, Manhattan School of Music, Marymount, Queens College, and AMDA. www.garrett-taylor.com


Rebecca has done a show before. Thank you, Paige!


Christopher is an international designer and filmmaker that draws on 25 years of experience. His work has been seen in 13 countries, and recognized for 15 awards. Broadway credits include, Sunday in the Park with George (starring Jake Gyllenhaal), Saint Joan, Network, The Prince of Broadway, the Crucible, and On The Town. His opera designs have been seen at Opéra national de Paris, The Metropolitan, Lyric Opera of Chicago, Canadian Opera, and Houston Grand Opera. Christopher holds an MFA in design from the Yale School of Drama.


Jacob has been living and breathing sound and music for as long as he can remember. Most recently, he was the A1 for Islander Off-Broadway (Playhouse 46) and worked on multiple Broadway and touring shows as a music technology specialist with Midiomatic LLC. Jake’s very excited for his first summer at Cape Playhouse! Some of his original music and visual work can be found on Instagram @05_bottlebell.


Broadway: How I Learned to Drive, American Buffalo, Jagged Little Pill, Frankie and Johnny in the Claire de Lune, Gettin’ the Band Back Together, Bandstand, Indecent, Sunset Boulevard, The Visit, The Real Thing, Lady Day at Emerson’s Bar & Grill, Motown, Peter and the Starcatcher, The Gershwins’ Porgy and Bess, All about Me. Recent Off Broadway: Between the Lines, Prayer for the French Republic, The Tap Dance Kid.


SKC’s award-winning work is frequently seen on Broadway, off-Broadway, regionally, film, television, and streaming media. They are known for their limitless imagination, creativity and for work on a wide range of projects. Stephanie, along with her exceptional team, is dedicated to continuing to expand and champion diversity, equity, and inclusion in the business. Ms. Klapper is passionate about arts education and working with creative teams to develop new work and expand the scope of established work. Ms. Klapper is a member of the National Board of the Casting Society of America, Casting Society Cares, and New York Women in Film. For Bob and Florence. 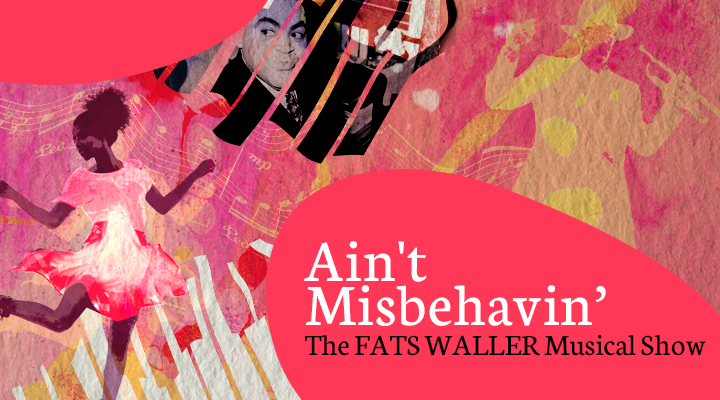 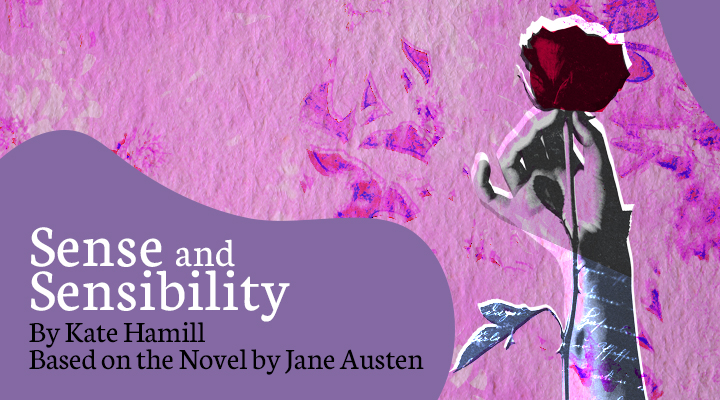